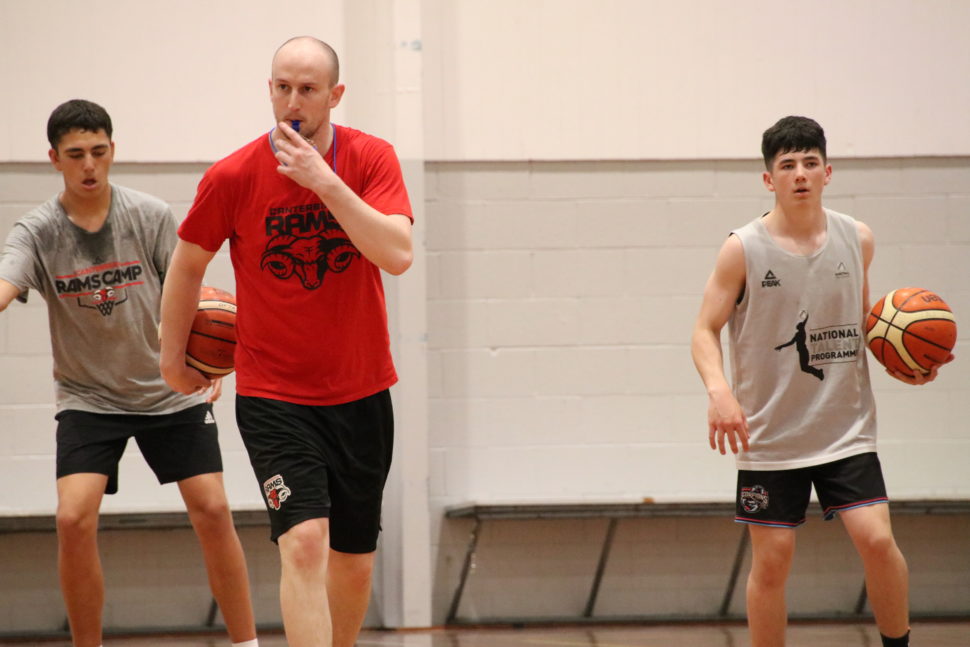 According to Canterbury Rams General Manager Caleb Harrison: “Our ability to bring all the positive benefits of basketball to a much wider community relies on the expertise and energy of our coaching team. They have the potential to make such a difference and transform the pathways for emerging athletes in Canterbury.

“Adam Morgan is an individual who gives us the confidence that Canterbury will continue to stand apart from the crowd. It’s about the quality of play at the Rams level, and the quality of opportunities available to our junior players and coaches.”

While providing coaching assistance and leading team workouts for Canterbury Rams in 2021, Morgan also took responsibility for the Mainland Eagles Academy in Terms 3 and 4.

He is the founder and director of the Institute of Hoops, which has worked with over 1,000 aspiring athletes around the world, specialising in performance and skill development, with a focus on wellbeing.

“Adam genuinely cares about supporting player development holistically. During his time in Canterbury, his contributions to basketball have been impactful. Players as well as their families throughout the region speak highly of their experiences with Adam.”

Morgan played basketball in South Canterbury during his time at Waimate High School. He also attended Moorpork College in Los Angeles, USA, graduating with a Bachelors degree in Kinesiology.

Morgan, who is originally from Truckee, California, spent a year of his childhood in New Zealand when he was 12, attending Waimate High School. He would later return to the states to graduate from Truckee High School. Following his graduation, Morgan spent one year at Moorpark College before transferring to Utah State University to study Kinesiology and Sports Psychology.

The 27 year-old has always enjoyed a variety of sports including Track & Field and American Football. Since 2019, he has also enjoyed being involved with Burnside High School, as programme director and senior boys’ head coach. This passion for participating adds energy to Morgan’s role overseeing all Canterbury Rams Holiday Camps and community programmes.

“From the Rams point of view, every signing is part of the promise we make to our fans and followers. We come to the court with a talented team who take a genuine interest in our communities.”