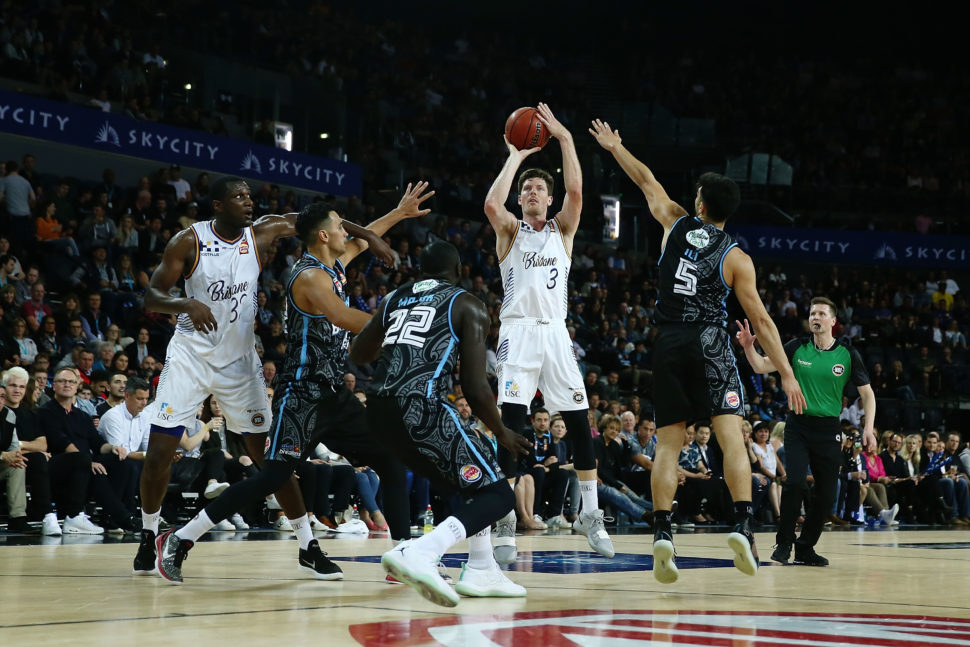 The Canterbury Rams are pleased to announce the signing of Cameron Gliddon, for the 2019 Sal’s NBL Season. This announcement comes as new Rams head coach Mick Downer’s fifth player signing and second import. Cam is currently playing for the Brisbane Bullets.

Cam was born in Perth, Western Australia and grew up in Bunbury where he played his high school basketball for Bunbury High School. In 2008 he attended Concordia University (US) for his college career, where in his senior year he led the Eagles to the NAIA national championship, going on to be named the All-Tournament MVP as well as being selected for in the All-Tournament Team. After his 4 years at college he played for the Cairns Taipans in the ANBL, then after a few seasons moved to the Brisbane Bullets for 2018-19 season. He recently scored a career high of 30 points and hit the game winning three to secure the Bullets win over the Adelaide 36ers. Gliddon has also represented Australia, where he helped the Boomers win gold at both the FIBA Asia Cup and the 2018 Commonwealth Games.

“We are so excited at the Rams with the addition of one of Australia’s premier Shooting Guards in Cam Gliddon. A veteran on the ANBL and a staple of the Australian Boomers National team Cam will bring so much to the Rams club both on and off the court through his leadership, professionalism and big game experience. He’s been a proven performer over and over in clutch moments in the ANBL and played a key role as the captain of the Cairns Taipans before venturing south to join the Brisbane Bullets in the 2018/19 season. Cam is a genuine guy who is always popular with his team mates through his down to earth approach to the game and willingness to connect with all his team mates. We are excited about the dynamic backcourt being formed with Emmett Naar as well as the influence he’ll have with our younger players such as Taylor Britt. Cam’s versatility at both ends of the floor will give us great flexibility, and firepower. We can’t wait to see what he will bring to the Rams court after he completes his current campaign with the Brisbane Bullets.”

We are very excited to have Cam as a part of the Rams for 2019 and we look forward to seeing what he can bring to the court. He is known for his scoring ability, especially from three point range and his experience and leadership will be invaluable for the Rams.

Cam Gliddon made comment about the Rams season ahead stating “I’m extremely excited to play in the NZNBL as I’ve always been interested in coming across the pond and getting involved in the league.  I’m very grateful that Canterbury reached out and asked me to join the team.  I look forward to getting to Christchurch and helping the team be successful on and off the court.  I’ve heard many great things about the club from past players, and when Mick Downer signed up I knew it would be a great place for me to continue my development.  I’ve known Mick for many years and he always gets the best out of his players.  He is a tireless worker and strives to develop team culture, on top of winning games.  I can’t wait to part of the team and play in front of the Rams fans that I have heard so much about.”

The Rams are coming off a season in which 6,000 attended the Rams vs Saints game at Horncastle Arena which was a Sals NBL Record Crowd.  The team is looking forward to taking 2 games to Horncastle Arena in 2019.  Stay tuned regarding team announcements including season membership sales being released on 14th February.