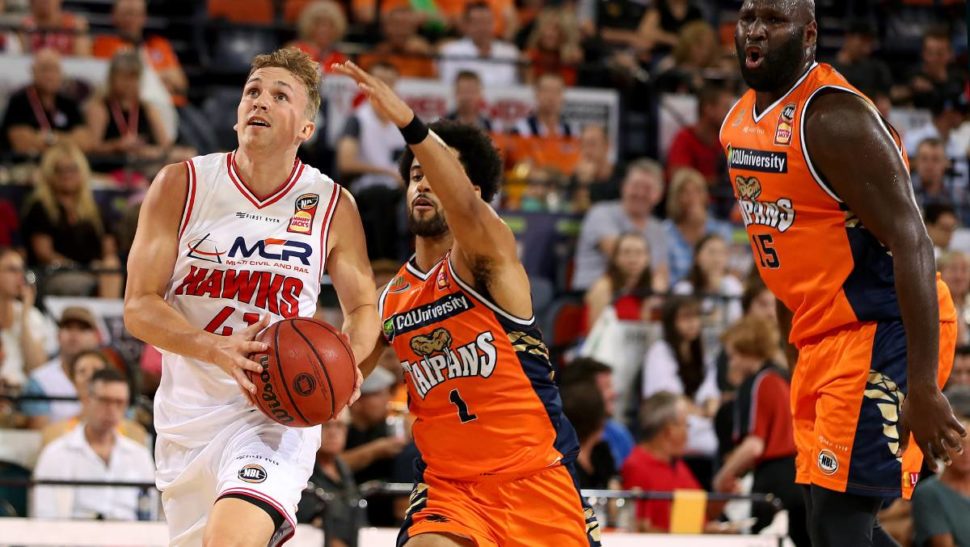 The Canterbury Rams would like to announce the signing of Emmett Naar, for the 2019 Sal’s NBL Season. This announcement comes as new Rams head coach Mick Downer’s third player signing. Emmett is currently playing for the Illawarra Hawks in the ANBL.

Emmett Naar, born in Sydney, played his college basketball at Saint Mary’s University where he averaged 9.5 points per game and 7.9 assists in his senior year, breaking the schools record for most assists formerly held by NBA guard, Matthew Dellavedova. That year he was also named in the First-team All-West Coast Conference. Emmett is currently playing in his first season in the Australian NBL for the Illawarra Hawks where he recently had 18 points, 4 rebounds and 2 assists in a win against the Sydney Kings.

When asked about Emmett, Rams Head Coach, Mick Downer said “As a club we are really excited about Emmett’s signing. Currently completing his first season in the Australian NBL and a contender for the rookie of the year, he is an amazing young player with a mature head. Highly regarded by the Hawks coaching staff and team mates Emmett’s high IQ and understanding of the game and his ability to run a team are strengths that we are looking forward to at the Rams. The all-time assist leader at the highly successful St Marys, California Emmett has a proven history of successful and locker room leadership. We welcome Emmett to the Rams family for the 2019 season.”

Rams Fans can look forward to seeing Emmett on the court , where his leadership, IQ, passing and scoring ability will be a great addition to the team.

The Rams are coming off a season in which 6,000 attended the Rams vs Saints game at Horncastle Arena which was a Sals NBL Record Crowd.  The team is looking forward to taking 2 games to Horncastle Arena in 2019.  Stay tuned regarding team announcements including season membership sales being released on 4th February.