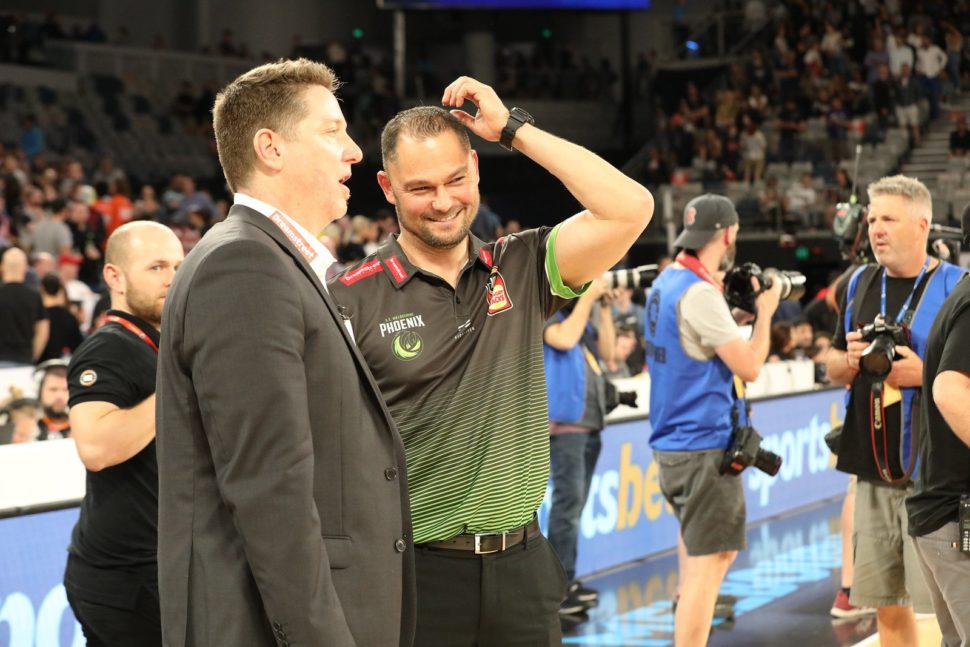 One of the greatest minds in New Zealand basketball has confirmed his commitment to Canterbury. Judd Flavell has been appointed Rams Head Coach for 2022, joining the team in Ōtautahi | Christchurch following the conclusion of the Australian National Basketball League.

From his secondary school years in Kamo to this new chapter in Canterbury, Flavell has lived and dreamed basketball, working tirelessly to earn top tier opportunities to play and coach across Aotearoa – and around the world.

Along with his 2002 World Championship Tall Blacks teammates, Flavell helped put the sport of basketball in the spotlight across Aoteaora. The memorable squad finished fourth, defeating larger nations with bigger basketball reputations like Russia, China, Venezuela and Puerto Rico.

Giving back and seeing the sport grow has always been a mission close to Flavell’s heart. For this reason, he dedicated nine years as Head Coach for the New Zealand Breakers Academy, experience that will add tremendous value for not only the Rams, but the players and coaches involved with the Mainland Eagles Academy.

According to Canterbury Rams General Manager Caleb Harrison: “Judd’s history with the Tall Blacks as both athlete and coach will benefit our players and coaches, in supporting their development pathway.

“This is a capability we specifically sought. Our Head Coach is critical in taking the Rams to the next level on the court. They also have a profound influence on the pathways for young basketballers and growing coaches.

“Judd sets the example and standard we want to be known for as a franchise.”

Flavell comes to Canterbury after his stint as Assistant Coach for the South East Melbourne Phoenix, helping navigate the new ANBL franchise to a winning season in 2020/21.

The Phoenix averaged the highest crowd figures ever for a first year start up club in Australian Basketball, with a total of 75,179 fans attending their fourteen home games.

“When a team cares, the community recognises that. Judd lives and breathes the values that the Canterbury Rams are known for.”

Harrison points out that Flavell’s depth of Tall Blacks, New Zealand age group, New Zealand Breakers, NZNBL and ANBL experience is unparalleled. He describes the appointment as delivering “a quality coaching experience that aligns with our vision as a club.”

Flavell’s whānau-centred approach and his insights gained by seeing a generation through the New Zealand Breakers Academy are invaluable, Harrison adds.

“This appointment is about so much more than a season. It’s about a game that holds amazing memories for people of all ages.

“We owe it to our communities to keep growing the tradition, to inspire wider participation.

“Judd is an extraordinary coach and mentor who is skilled in leading great teams. He is equally capable of ensuring a foundation of talent and trust is laid firmly for the Rams and coaches of tomorrow.”