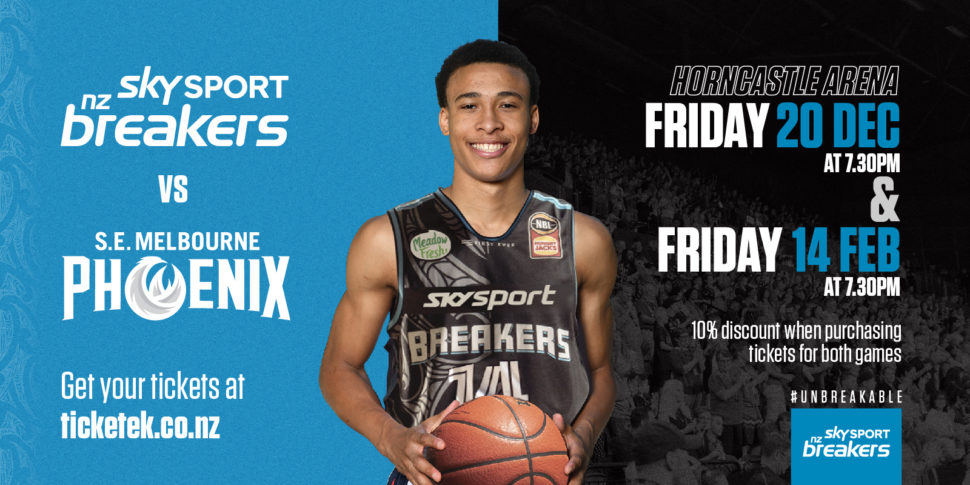 One of the most talked about basketball talents in the world is coming to Christchurch with the Sky Sport Breakers today announcing they will play two of their regular season ANBL games in Christchurch.

It’ll also be the first time in 15 years that the New Zealand franchise has returned to the Garden City. “We are the New Zealand Breakers, not the Auckland Breakers, and we want to be heading to Christchurch more and more because Canterbury sports fans are some of the best in the country”, said SKY Sport Breakers Chief Operating Officer Lisa Edser.

Canterbury Rams General Manager Caleb Harrison, who has played a key role in bringing the breakers south says “The NBL is now one of the premier basketball leagues around the globe, and we are thrilled to be able to bring some of the best possible basketball entertainment to Christchurch.  Cantabrians are passionate about sport, and with the recent Canterbury Rams and Tall Blacks games attracting thousands of Canterbury sporting fans, the Sky Sport NZ Breakers coming to town will again, create a buzz of excitement and I’m sure will be something Cantabrians will really get in behind”.

The two games are set for the 20th December 2019 and the 14th February, Valentine’s Day 2020, where the Breakers will go up against the South East Melbourne Phoenix, the newest team to the competition, who boast the likes of NBA swingman Mitch Creek from the Minnesota Timberwolves and other top talent.

Christchurch has been an excellent venue for the Breakers in the past with two wins in the three previous games, including one against the club’s biggest rival.

After narrowly falling to the Brisbane Bullets 94-84 on November 12 2003, the club returned for strong performances in 2004 where they beat the Townsville Crocs 93-79 on January 14 before a brilliant 104-97 victory over the Perth Wildcats on January 28.

Tickets for both games are available at Ticketek NOW! https://premier.ticketek.co.nz/shows/show.aspx?sh=NZBREAKE20