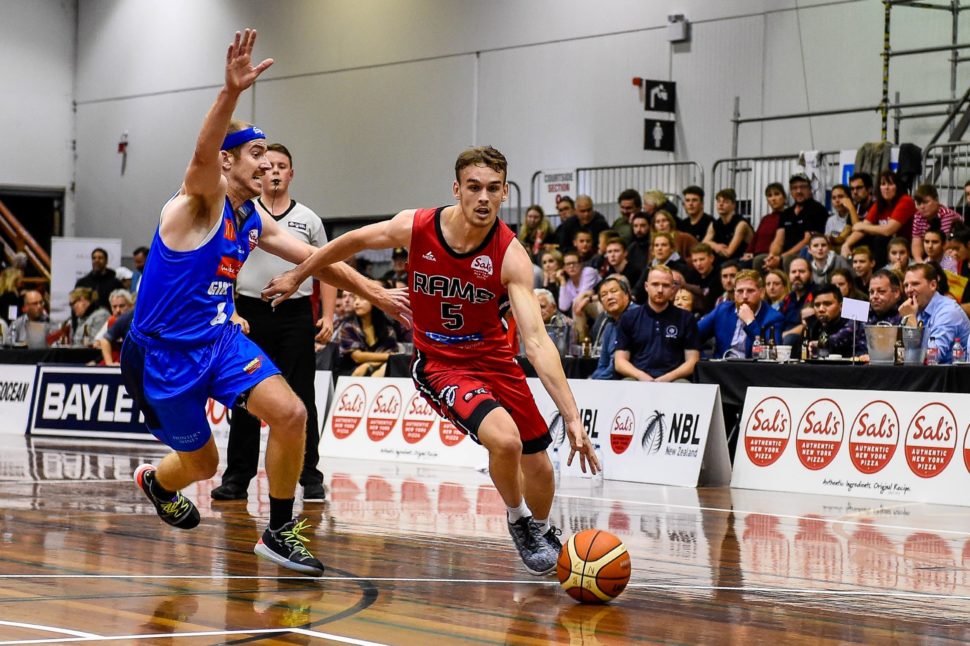 The Canterbury Rams would like to announce the return of Taylor Britt, for the 2020 Sal’s NBL Season. This announcement comes as Rams head coach Mick Downer’s first player signing. Taylor is currently playing for the Perth Wildcats in the ANBL.

Taylor Britt has been a member of the Canterbury Rams since 2017 after coming through the Mainland Eagles Academy and going to US College for the 2015 & 2016 seasons. Last Sals NBL season Taylor played a big role for the Rams, leading the bench unit at point guard. His craftiness, speed and IQ having a huge impact. Taylor averaged 6 points, 2 assists and 3 rebounds last season.

Taylors hard work and dedication over the past years and then last season under Head Coach Mick Downer was monumental for Taylor, who signed on to the Perth Wildcats as a development player for the 2019-20 ANBL Season. We are excited to see Taylor return to the Rams, fresh out of the ANBL and a very successful team like the Wildcats. Taylor is making a good impression in the Wildcats camp as Former Australian Boomer and 4x NBL Champion Jesse Wagstaff commented on him saying “I love Taylor, he is one of the savviest point guards I’ve seen and is very solid defensively. He excels in the pick and roll and consistently makes the right reads.”

Rams Head coach Mick Downer is also thrilled to have Taylor on board again for 2020 saying “Taylor epitomises what we want our program to be about. Hard working, humble, growth mindset and relentless. He possesses all these characteristics and that’s why he is reaping the rewards over in Perth right now in the NBL and why we are so excited to welcome him back to the Rams again. We are looking at Taylor to lead our Rams this upcoming season.“

Taylor played for numerous Canterbury rep basketball teams growing up along with playing touch rugby and softball at the representative level. Taylor joined the Mainland Eagles Academy in 2014 which was setup to support high school boys & girls throughout the South Island in pursuing tertiary scholarships and post high school basketball opportunities. The Academy has 35 boys & girls on US College scholarships and has developed several pro players including former Rams player Max Darling who is playing in the top Croatian league as in import at the age of 19 years.  Taylor was a Rams development player in 2015 before heading to the US on a college scholarship. Taylor was a member of the Tall Blacks squad for the 2019 FIBA World Cup and has been a New Zealand Select player.

We can’t wait for the 2020 Sals NBL season to tip off and the best way to get involved and ready is to get your Rams season membership! Tickets will not last for 2020 and season memberships are the only way to secure the best seats each & every game. Season members receive invites to all Rams exclusive events throughout the year & preferential bookings to NBL finals home games, Tall Blacks games & NZ Breakers games held in Christchurch. Season memberships go on sale this week! Stay tuned to our social media.

Can’t wait for basketball action? Make sure you have got your tickets for the Sky Sport NZ Breakers vs SE Melbourne Phoenix games on the 20th December and 14th February. Tickets are selling fast for the upcoming 20th December game and you do not want to miss out!

Secure your seats now at Ticketek! All combo pass purchases get you 10% off at checkout and access to the Breakers exclusive event on the 19th December (gold and above).

VIP/Business corporate options are available, including courtside corporate tables,sky boxes. Contact Caleb Harrison on gm@crbf.org.nz or 021 029 51288 to find out more and make a booking! Deadline for VIP/Business options is this Thursday 12th December