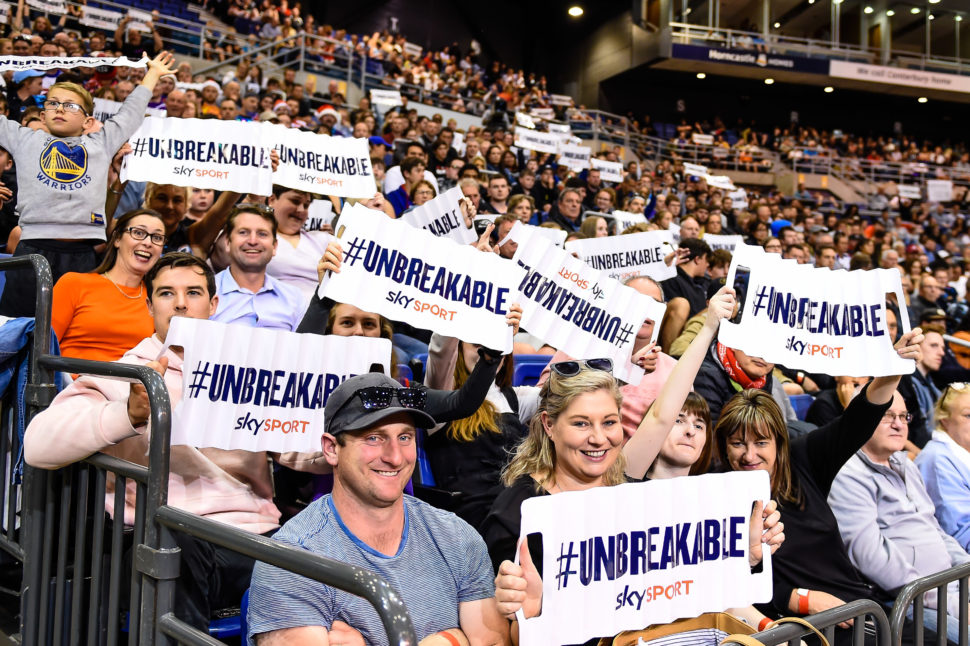 Much has been said about the Sky Sport NZ Breakers to date, especially earlier on in the season when injuries, off court issues and consistent losses plagued the team. Now, they are the hottest team in the league and well in playoff contention with two regular season games to go. A pleasant surprise for all Breakers fans after a very rocky start to the season!

This team has had a roller coaster of a season, but they have peaked and come together at exactly the right time. The Breakers are fun to watch right now! Whether it be the locals like Tom Abercrombie, Finn Delany and Jarrad Weeks playing outstandingly, the sharpshooting Sek Henry, the beast off the bench Brandon Ashley and not to mention the magician Scotty Hopson whose name is well in the mix for the ‘All NBL’ team, it seems like the team have clicked and they aren’t looking back! If you’re up for some entertaining basketball, this game on the 14th February will be nothing less.

The sold-out Spark Arena games are electrifying, the entertainment, the atmosphere and the vibe create an unforgettable experience. It will be the same for the Christchurch game. A night out at the Breakers is entertaining for everyone! The Breakers work as hard as possible to create the same experience in Christchurch, as it is in Auckland, and it works extra well when the crowd is big, and the crowd is hyped! This is your last chance this season to experience an NBL Breakers game, with all the bells and whistles. Make sure you come along, you won’t regret it and you won’t forget it!

Just to add to the excitement for this game, with a win against Brisbane on Friday, the Breakers playoff hopes will rest on this game against the Phoenix and Christchurch gets to host it. It will be the biggest game of the season, the Breakers looking to lock in that top 4 spot and the Phoenix looking to spoil the party. Yes please. Sign me up!

We’ve added lots of family packages, meaning you can bring the kids at a discounted price. These family packages start from just $50! You’ll need to be quick however, with very limited Bronze, Silver seats left, and Diamond seats nearly sold out.

Secure your seats now at Ticketek and don’t miss out: https://premier.ticketek.co.nz/shows/show.aspx?sh=NZBREAKE20