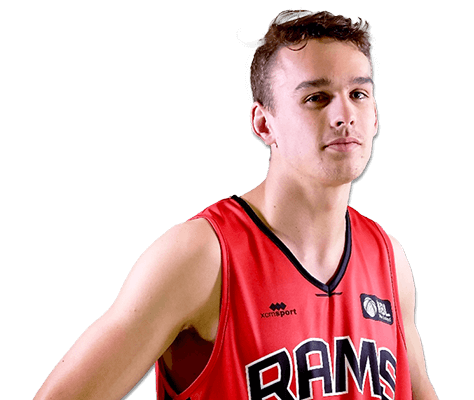 The Canterbury Rams would like to announce the return of Taylor Britt, for the 2019 Sal’s NBL Season. This announcement comes as new Rams head coach Mick Downer’s fourth player signing. Taylor is currently playing for the Canterbury Knights.

Taylor Britt was an important piece for the Rams in 2018 and he will return for his third year as a part of the Rams. Taylor’s basketball commitments pre-Rams season sees him in as an instrumental player in the Canterbury Knights where they are preparing for a trip to Melbourne in early February. Taylor was also a part of the New Zealand Select team who toured China last year. His played his college basketball at Southeast CC.

Mick Downer recently said “It is with great anticipation and excitement that we announce Taylor’s return to the Rams for another season. We are looking forward to Taylor building on last year’s campaign where he was a key guard impacting off the bench and providing a spark with his quickness and skill at the offensive end.”

On a recent trip to Christchurch, Rams head coach got to meet, and workout Taylor and he was impressed with what he saw.

“Taylor has the unique ability to break defenders down with great reads and a quick first step, he is a creative player and I love his personality and approach to the game. We hope that he can continue to work diligently on and off the court on his approach to the game and his skill set at both ends of the floor. He has a really high ceiling and after his recent time with the Tall Blacks he knows he has the ability to play at the next level. I look forward to supporting Taylor in his development towards achieving his goals.”

Taylor is very well known to Canterbury Rams fans having played for the side in 2018 and also being involved in many community activities and coaching at various basketball events around the city. Taylor also plays for the Wolverines men’s premier team in the Canterbury Basketball Association club basketball league.  He is known for his quickness, mid-range jump shot and being a crafty finisher in and around the paint.

The Rams are coming off a season in which 6,000 attended the Rams vs Saints game at Horncastle Arena which was a Sals NBL Record Crowd.  The team is looking forward to taking 2 games to Horncastle Arena in 2019.  Stay tuned regarding team announcements including season membership sales being released the week of the 11th February