End of a decade, beginning of a streak – NZ Breakers in Christchurch Recap 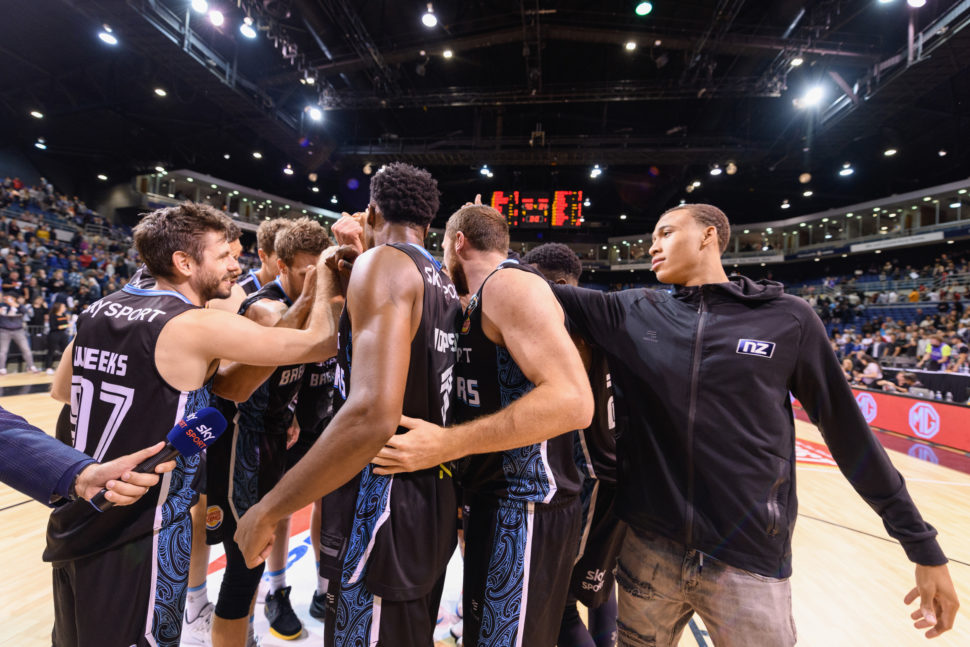 Friday the 20th of December saw over 3000 basketball fans pour into Horncastle Arena to witness the Sky Sport NZ Breakers taking on the S.E. Melbourne Phoenix. The first regular season NBL game played in Christchurch since 2004 and it was a cracker!

It was a busy couple days for the team once landing in the Garden City on Thursday 19th, with RJ Hampton, Ethan Rusbatch and Deng Deng making a couple stops around town before the team practice. Firstly, making a surprise Burger King lunch delivery to the team at Chorus, who won the BK Business Lunch Shout competition. They then went to the Canterbury Somali Association where they were able to hang out with some kids affected by the March 2019 tragedy in Christchurch and give them tickets to the game. We are grateful to the Breakers organisation for their willingness to get involved in community activities leading up to game day!

That night we had the Breakers Exclusive Event, where combo pass holders were able to meet the team, take some photos, get some signatures and watch the team train! This was a rare and special opportunity for all who came, and the wait was worth it!

Game day was here in a flash, starting with the two curtain raiser games where the top high school basketball players from around Canterbury competed in the Canterbury Basketball High School All Star games. Congratulations to Molly Cockburn and Zach Hannen on winning the MVP awards for their games respectively.

The Meadow Fresh Court of Dreams mini curtain raiser took place just before tipoff, with Halswell School and Somerfield School playing a 15min game! A big thanks to the NZ Breakers and Meadow Fresh for giving these kids a game to remember (and some cool jerseys!)

Whether it was Hopson’s ferocious dunk, Jarrad Weeks mid court buzzer beater, the lob from Delany to Abercrombie or Rambo’s dance moves the atmosphere was buzzing and it was a night of basketball entertainment to remember. To cap off the near end of the decade, the Breakers pulled away with the win 90-84, coming back from a tough loss in their previous matchup with the Phoenix that season. It also was the beginning of a now 5 game win streak, which they have a chance at making 6 tonight against the Cairns Taipans (9.30pm tip off NZDT).

The Breakers will play one last time this season in Christchurch on the 14th February, Valentines Day 2020! This is lining up to be a huge matchup with the battle for a top 4 spot and playoff berth heating up! It’s not something you want to miss. Tickets are selling fast so make sure you hop on to Ticketek and make this years Valentines Day the best yet!

VIP/Business corporate options are available, including courtside corporate tables and sky boxes. Contact Caleb Harrison on gm@crbf.org.nz or 021 029 51288 to find out more and make a booking!